In the first Game Day at the GEMH Lab we wanted to find moments of personalized social support in the MMORPG Guild Wars 2.  By personalized social support, I mean we wanted to explore how to make a player engage challenging situations confident that other players would help them specifically.  To do this, I divided our day into 2 sessions, the first session allowed everyone to play alone and explore the game and their characters at their own pace. With only 2 rules: 1) If you die, you can't immediately resurrect, you had to wait at least 3min to rez.  2) We could not party with other members of our lab we had to experience the game playing solo.  In the second session we grouped as a squad of 10 and played through a zone together completing quests, claiming vistas, defeating challenges and events.

The first session had rules set to allow us to be in a mind space as a user experiencing the game on their own.  My intention was to let everyone experience being unexpectedly aided by another player.  One reason I chose Guild Wars 2 over other MMORPGs was the fact that death is very common especially if players are not used to or good at observing enemy NPCs around them, animation indicators or ground target damage. 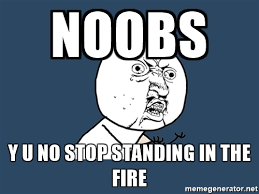 And in about 90min, we had 5 deaths and 3 assists from other random players with more by the end of the first session. While this was a step in the right direction to finding a mechanic of social support by a stranger in a game, being assisted in combat alone was not a strong enough feeling. In one reported incident a player needed multiple resurrections and was able to receive them from various players in order to complete her challenge. While this provided a more memorable moment of support (developing a positive memory bias building confidence) the player did not feel like the aide she received was personal in context.  In my own analogy to what she reported the experience was like having someone walking down the street and turn off the lights on a parked bike saving the batteries.  It is an impersonal act of kindness.

The second session focused around premade groups, we formed a squad of 10 and in this context we were able to experience a social support from a different perspective.  Another reason I chose Guild Wars 2 is the player is presented a multitude of objectives that encourages exploration, and appeals to the players' personal motivations rather than chain questing or instance running to advance in character level.  However, being in a group that big in Guild Wars 2 completing map objectives can create the possibility of players feeling left out or left behind, and within the first hour people inevitably wandered off to do their own tasks.  Smaller groups within the squad began to form based on commonality of desired map objectives and speed of progression.  Events and challenges that pulled many players together to complete the goal fail in creating a sense of personalized support  Players still getting acquainted with the game stuck together simply out of proximity and safety.  This was the personalized support we wanted but of course it was personalized it was a pre-formed group of friends. Other players that moved through the map faster ended up alone or in pairs completing mutually agreeable objectives.

Ultimately the social support that we found in Guild Wars 2 comes from chance encounters of players crossing paths while completing their own intrinsically motivated objectives - impersonal acts of kindness.  Personalized social support occurs when you play with already established friends completing objectives that you both intrinsically share.  Although we did not witness this in our sessions, we hypothesize that it would be possible to create a personalized moment of social support when you and another random player share the same intrinsic objective and work together to complete that goal, something akin to Journey but with the ability to speak with each other. After our sessions we had a discussion, here are the notes from that discussion: